I thoroughly enjoyed my two day stay in Manchester apart from the Friday morning hangover. I found the Velodrome an excellent venue and it certainly attracted the crowds. There were punters from all over Britain and also further afield.  I'm told that the festival closed five hours earlier than planned on Saturday due to lack of beer and that beer order of 20% less than last year when it was CAMRA's National Winter beer festival should probably have been 20% more. 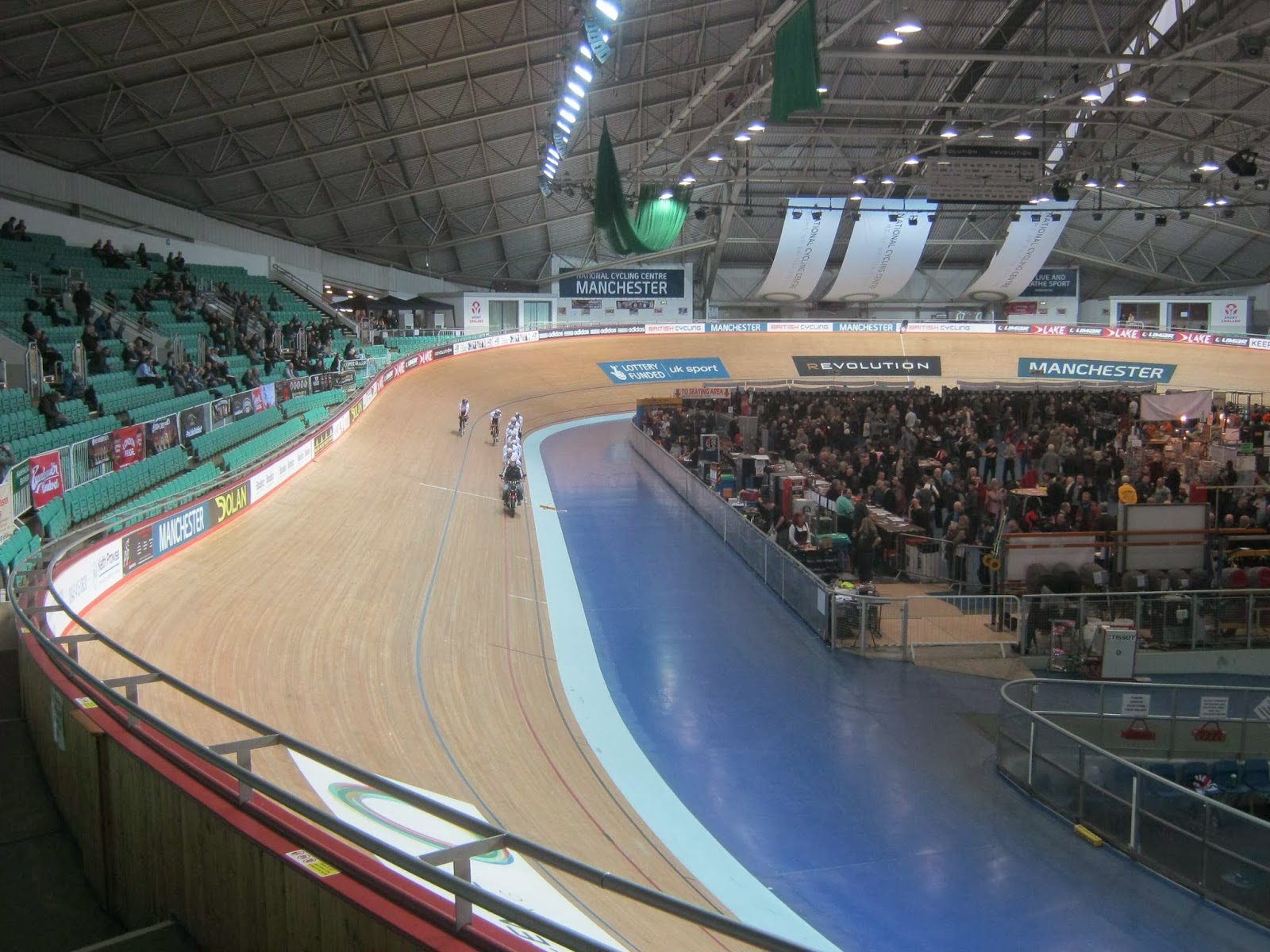 There was an extensive and excellent range of beers plus reasonably priced food. The Velodrome is easy to get to - three stops on the tram from Piccadilly or just two from New Islington for Great Ancoats Street and the Northern Quarter. I walked to the festival on Friday lunch time along the Ashton Canal towpath which took about half an hour. I'm aware of problems negotiating the numerous steps between the bars and seating/toilets/food for those with mobility problems. I believe that the organisers are considering siting some bars on the concourse next year for those who don't want to negotiate the tunnel too often.

The cycling was quite a spectacle. To see the best cycling teams in the world going about their training at close quarters was enthralling. The speed they reach is truly amazing.

Thanks to the local CAMRA branches for organising a very enjoyable festival.