Out in the sticks we can only marvel at the offerings from some of the pubs and bars in London. Metropolitan types can turn away now, you're probably not going to learn anything new. 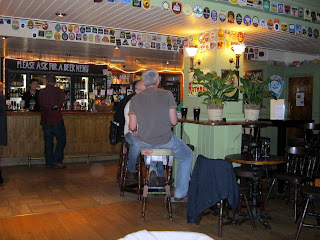 Situated a short walk from Pimlico tube station or slightly longer from the theatre district around Victoria there's nothing from the outside that stands out from the hundreds of London street corner pubs. In fact at the moment it is even less enticing as it is mostly covered in scaffolding. 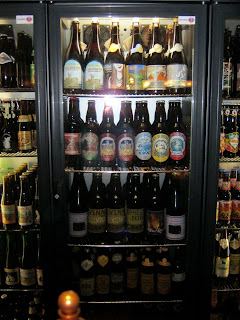 Inside it is a different matter. The pub has been opened out but still retains a cosy feel with a range of comfortable seats and pillars to loiter at. What strikes the drinker most is the range of beers on offer. There are numerous handpumps, a number of draught fonts and a growing number of fridges stocked with bottles, some of the fridges now encroach into the drinking space. Originally, the bottled beers majored on German beers but as new fridges have been added the range of Belgian, U.S. and other beers has increased markedly. 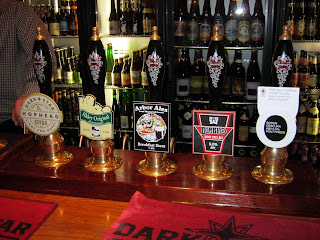 On my latest visit the the photo of cask beers shows such diverse sources as Ilkley, Arbor, Darkstar Summer Wine and Otley. Amongst the craft beers were a couple from from Mikkeler (Denmark) an IPA from Southern Tier (U.S.A) and a selection from Nøgne Ø (Norway). The bottled range was superb with obscure but classy beers from around the world. I went for a Viven IPA, a strong Belgian beer that is hard to find in Belgium. 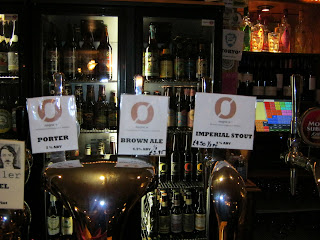 The staff are not at all snooty which can be the case in some specialist bars. Excellent bar meals are not expensive by London standards and the pub offers regular tasting events. Seek it out next time you visit London.
Posted by Birkonian at 17:54