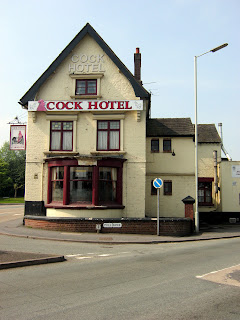 This is a fine pub situated in  on the historic Roman route of Watling Street.
Although the new town of Telford has swallowed up it retains a small town feel. 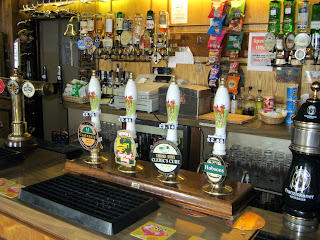 Although the pub itself is older it retains features from the early part of the 20th century. The partition between the bar and parlour has been opened up but the two area retain their distinctiveness. The entrance and reception has kept its original panelling and acts as an overspill drinking area. The comfortable lounge has a large end window giving panoramic views of the passing traffic. This room has now been designated as ‘Bar de Haan’ and stocks a range of forty foreign beers, mostly from . There is an outside drinking area which is quite a sun trap. One wall of the bar is covered with award certificates and this CAMRA Regional Pub of the Year for 2009 deserves the plaudits. There are eight handpumps in use, one of which is reserved for real cider from Moles. On the day of my visit all the beers available were sourced locally and comprised Hobson’s Bitter and Mild, Ironbridge Centennial, Holden’s Golden Glow, Three Tuns’ Cleric’s Cure, Wood’s Shropshire Lad and Titanic Stout. 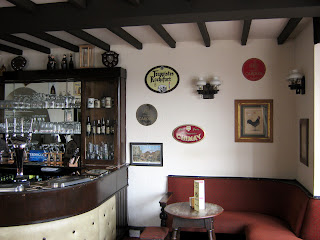 I sampled four of these all of which were in excellent condition. The price of each beer is clearly displayed on the handpumps which is good to see. There is no hot food but superb cold pork pies from Paddy Ryan in Much Wenlock were in heavy demand. 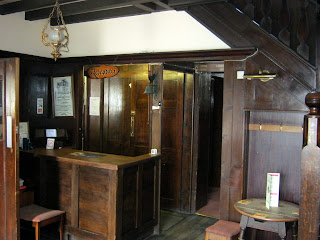 The Cock is a short stroll from AFC Telford’s football ground and should be on any visiting supporters’ list for a pre-match drink. It is about 15 minutes walk from railway station. It has letting rooms so why not stay the night?
Posted by Birkonian at 20:01