Back from the Winter Ales Festival

I'm feeling a bit fragile as I write this. I arrived at the Winter Ales festival at 1:30 p.m. yesterday and promptly launched an assault on the strongest beers on sale viz. Fullers Brewers Reserve No 2, Coniston No.9 Barley Wine and Strand's Barley Wine. Its not a sensible move to start with the rocket fuel brews but there is always a danger that they will sell out early so it had to be done. 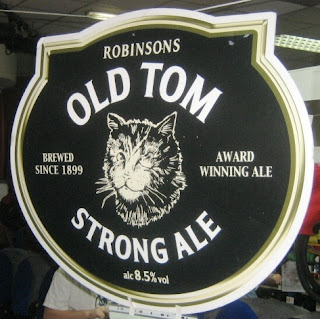 Following them with Robinson's Old Tom and Thornbridge St Petersburg was maybe a mistake though. By the time I left for the late evening train to Liverpool I was aware that I may have overdone things a little. 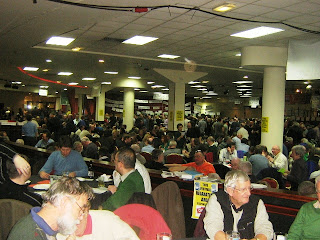 I bumped into old friends from Bruges, New England, Luxembourg and.......Warrington. The mythical beer Monster was in attendance putting the consumption of we mere mortals to shame. 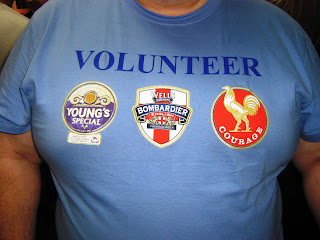 ﻿
Well's and Youngs would't be my ideal choice for shirt sponsor. Not really the beers you'd look for at this festival.
﻿ As I've said before, the new venue is a big improvement. There's plenty of space to move around even if seating is still at a premium. I'd like to see some butties or rolls on sale. There is an emphasis on curries which doesn't suit everyone and the other dishes on sale such as pork pie slice didn't quite do it for me.
﻿
﻿ Don't remember much about the journey home. Next year I must book a hotel room.
﻿
﻿