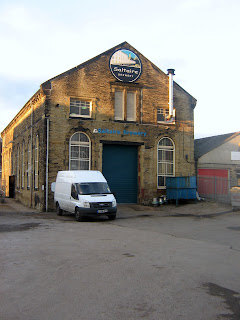 Saltaire Brewery in Shipley is housed in a solid limestone edifice that in a previous life provided electricity for the local tram company. The last Friday in the month is Beer Club (no membership needed) when from 4.00 p.m. onwards customers can drink the beers and those of other micros for a bargain price of £2.00 a pint. Real cider and perry is also available. 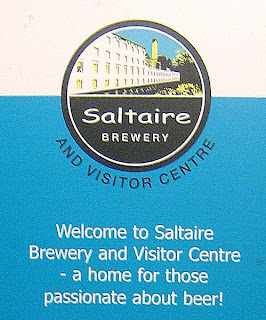 There is no dedicated drinking area. The brewing equipment is all around. 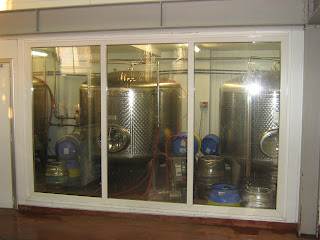 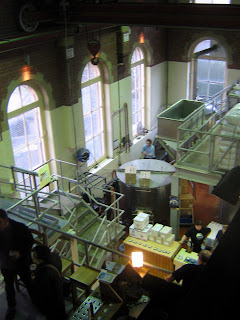 These photos were mostly taken in the first hour of opening and gives the impression of a quite and relaxed atmosphere. However, by 6.00 p.m. the brewery was jam packed with drinkers to the extent that getting served was a monumental chore. 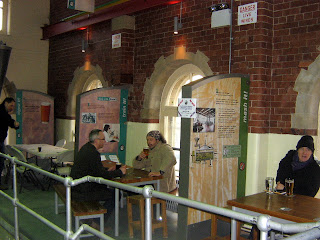 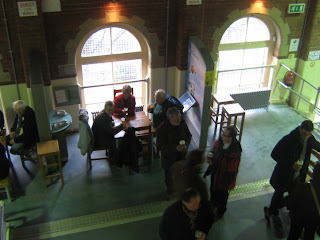 I was told that it was not usually so busy. It was the first beer club after Christmas and for many people the first pay day ditto so that may have something to do it with it. Anyway, it must be a very profitable venture for the brewery. 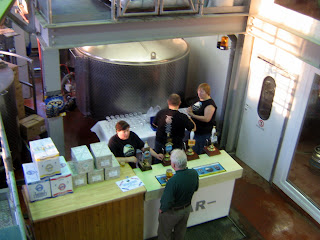 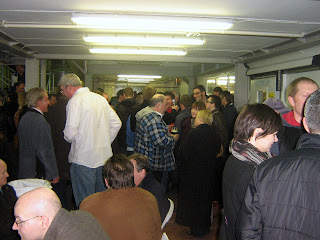 The beers on sale included South Island Pale, Blonde, Cascade IPA, Crystal Red and Triple Chocoholic. Guests beers were Dark Star M & M Special Porter Acorn Ginger. We couldn't sample them all on this occasion, it was just too difficult to get served, an opinion served by numerous other punters. So it was a short walk to the Junction in Baildon for Derwent Carlisle State Bitter and Oakham JHB! 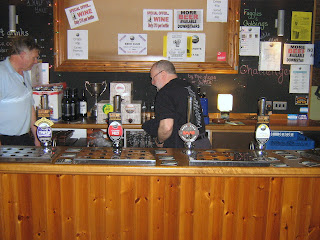