If you thought Fernando Torres and Andy Carroll were the only shock sales this week then think again. Sharp's brewery has been gobbled up by the giant Molson-Coors for £20 million. So you could buy two comparably sized breweries and still have change compared with the cost of one sulky centre forward. I know which sounds the better deal to me. 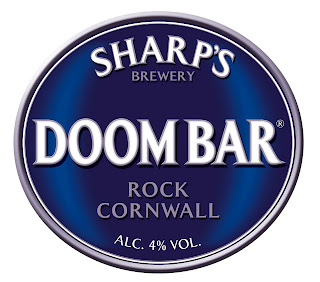 In recent years the multi-national conglomerates have mostly withdrawn from the cask ale market, at least on the brewing side. They had declared that they weren't interested in niche markets so the only take overs were made by the larger regional brewers.

Its worthy of note that Sharp's don't own any pubs so the value in this acquisition lies with the beer names. Doom Bar isn't bland but its 'easy drinking' and looks to fit the bill for a national roll-out and a large advertising budget. Will there be a response from the likes of Inbev or are Molson Coors going out on a remote Cornish limb?
Posted by Birkonian at 18:27