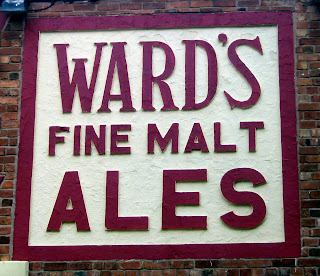 Sheffield no longer has Ward's beers but is blessed with a number of superb pubs. You could spend a weekend here and visit a dozen pubs with top class beer. I had six hours so kept it to five of my favourites. A day ticket for the trams and buses was £3.00 when purchased with my train ticket and was well worth it.

For the purposes of this blog I'll pretend that I didn't sneak a quick drink in the Sheffield Tap. Well it does back on to platform 1 of the railway station so it would have been rude not to call in. 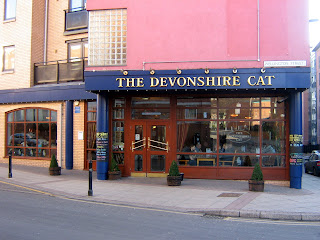 My intended destination was the Devonshire Cat, a 10 to 15 minutes walk through the city centre depending on your speed and/or thirst. In an area of student accommodation sandwiched between the shopping precincts and the drinking circuit this is a modern pub which quickly became popular with a wide range of drinkers. At the time of my visit students, pensioners, football fans and shoppers co-existed quite happily. There are a dozen  handpumps serving predominately local beers and wide range of bottled beers including some Belgian and U.S. classics. These are on display in a glazed storage area to one side of the bar. 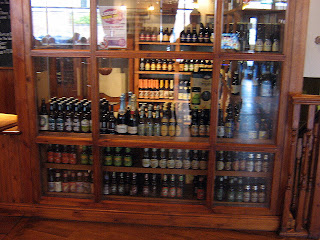 There are excellent bar snacks and more extensive dishes available. The pub is spacious and comfortable with lots of wood panelling and has a more individual feel than the typical modern bar styled on the Wethherspoons template. 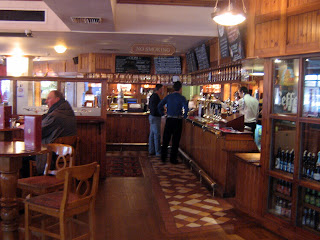 I drank Acorn Pacific IPA which was in superb condition. Also on tap during my visit were brews from Empire, Abbeydale and others from the Acorn brewery. 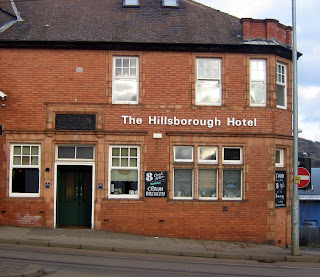 A walk up the hill took me to West Street to which those of a nervous disposition should not stray on weekend nights. This was early afternoon so it was mercilessly quiet. A couple of stops to Langsett and I had reached my next port of call, the Hillsborough Hotel. In a redevelopment area it is a red brick corner pub that doesn't look very promising from the outside. However, once inside there is the welcoming site of handpumps proclaiming five beers from Crown, the pub's own brewery plus two guest beers from other local breweries. I drank a pint of the refreshing Hillsborough Pale Ale. The pub itself with an open bar area comfortable lounge and a large conservatory to the rear leading to a few tables outside. The name 'Hotel' is accurate because B & B is available from £40 per night. 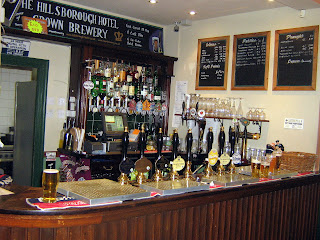 There are many pubs of this type that have failed to survive or which have 'fallen into disrepute'. The Hillsborough is a well run, friendly local with great beers which will hopefully thrive for many years to come.
Posted by Birkonian at 19:45