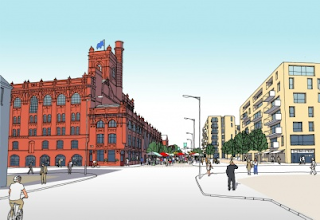 Their real problem is the size of the brewery. It is a huge site and operates at a fraction of capacity. I doubt if it was fully utilised when its predecessor Higsons was at the height of its powers. I very much doubt that Cains will ever be successful in the cask or craft market.
Posted by Birkonian at 20:38 5 comments