I made a trip over the border into Wales the other night. The Manic Street Preachers were playing in Llandudno so I took the opportunity to take in a few pints in the Cottage Loaf. This friendly pub is tucked away down a side street (Market Street, LL30 2SR) and has the dubious pleasure of standing next to a Wetherspoon outlet. It a part of a small chain of eight pubs in Wirral and North Wales owned by Stange & Co. 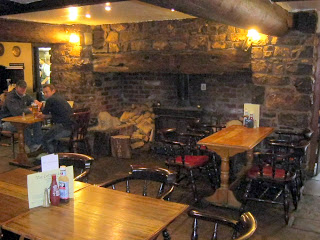 A stone floor, low ceiling and a large fireplace form an inviting welcome for the drinker and diner. To the side of the bar there is a higher level area with a more modern appearance. To the rear is a large outside drinking area which one presumes is very popular with tourists on warm summer days. 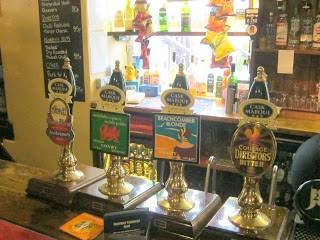 There are four handpumps offering two local beers, usually from the Conway brewery. During my visit the other two beers were Courage Directors and Coach House Innkeeper's from Warrington which seemed to me to be an unusual choice for the area. The beers were well kept and selling well. Food from an extensive menu was popular - Welsh Rarebit starter is an unusual offering but one which impressed me. 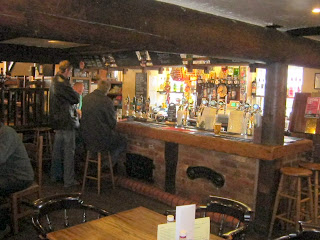 This is a friendly, well run pub with a good cross section of customers with cask beer of reliable quality.
Posted by Birkonian at 20:01