CAMRA Good Beer Guide - Is it? 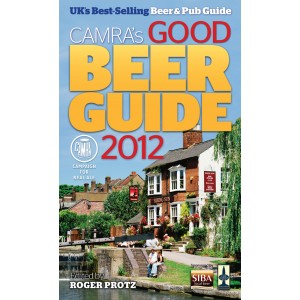 Curmudgeon makes the valid point that the 2012 Good Beer Guide from CAMRA favours pubs with a rotating range of guest ales and Locale accreditation at the expense of tied pubs with a restricted range of beers no matter how well kept the beer is.

We are all well aware of this trend, the tickers having long ago taken control of the asylum. The system whereby individual branches submit pubs from their area leads to the use different methodology and critieria across the country. Some branches use the National scoring system with a 1 to 5 scale of marking. My local branch uses the older 0 to 10 scale. I was formerly the beer officer for my branch and the fluctuations in marks from different members was noticeable. A drinker who regularly gave a score of 9/10 distorts the average score when others grant such a mark once every few years. Bias is inevitable, higher marks often given to a favoured local at the expense of a perceived rival. Last year, a manager from a local Wetherspoons turned up with a gang of cronies to attempt to railroad his pub into the Guide (he failed). Some branches don't even attempt to visit their pubs on a regular basis. A coach trip or two is arranged and the pubs are chosen on the back of one tasting session. Pubs frequented by young people are usually avoided.

What we have to remember that it is the GOOD Beer Guide not the BEST Beer Guide. The back page of the 2012 Guide states 'recommends pubs..........that serve the best real ale'. That is patently untrue. Firstly, pubs are selected in February/March 2011 for inclusion in a Guide that is valid for a year from September 2011. It is obvious that the Guide is out of date as soon as it is published and will become even less accurate during the months that follow. Guidelines concerning the minimum bedding in time for new pubs/managers mean that pubs selling the best beer are often not considered. Wirral is woefully short of good pubs but the Cock and Pullet which sells six beers from local breweries in excellent condition won't be included in the Guide until 2013.

Secondly, branches receive an allocation of pubs from HQ to include in the Guide. This is done to give an even spread of pubs across the country. Remember that the Guide is aimed at the traveller who wants to find a decent pint wherever he/she is. But good beer isn't distributed evenly. The result is that areas with a surfeit of excellent pubs have to omit some of them. I've mentioned the Lake District as being an example of this and there will be many others. Some areas have too many entries considering the quality of beer in their pubs. It is rare for a branch not to fulfill its allocation so mediocre pubs are included.

I find the GBG useful when I'm on unfamiliar territory but remember that not all pubs that are excluded have bad beer.
Posted by Birkonian at 22:05