You don't need me to tell you that pubs have been closing at an alarming rate. What I've noticed is that a disproportionate number of newer pubs have closed. A period of approximately 15 years from the late 1950s to the start of the 1970s was the last era of pub building on a large scale. The brewer were granted licences to replace those pubs demolished because of inner city clearance schemes. The new pubs were of a substantial size with large car parks sited on main roads or on new housing estates. 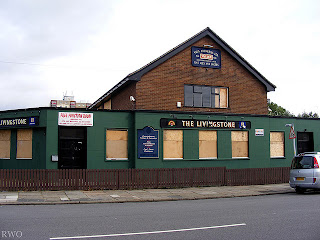 These new pubs paid lip service to tradition, usually comprising a bar and separate lounge. Fittings were luxurious (tacky?) but the layout was usually stark with drinking areas comprising utilitarian rectangles. Note that most were built without cellars to save money. A storage area was provided on the ground floor for kegs and the tanks that were the future of beer dispense. They thrived at first but the rush to 'open plan' that soon followed resulted in large drinking barns which lacked atmosphere and became a breeding ground for rowdy behaviour. 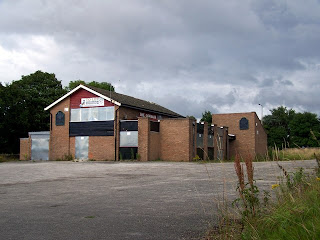 Unemployment and drugs made the situation worse giving many of these pubs a deserved bad reputation. The typical design of these pubs provided living accommodation on the first floor that had a smaller floor area than the pub below. This made the pubs vulnerable to robbery with an inviting flat roof  allowing access to less secure windows.  Cheap supermarket booze and the Wetherspoons effect has been the final nail in the coffin for many of these 'community pubs' and their design  and situation does not readily lend itself to other uses. This means that they are more likely to be demolished that older pubs that become shops or apartments. Without the history of our Victorian pubs they won't be missed. 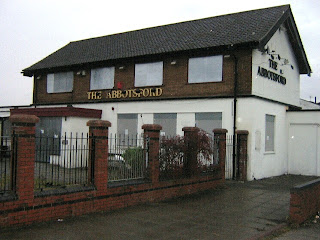 The photos of demolished or soon to be demolished pubs are in Birkenhead but they are representative of an urban area. I lived in one of the pubs shown, The Abbotsford, for a number of years. It was new and well maintained at that time. It was obvious in recent times that the pub was on its last legs, with dwindling custom and a seedy atmosphere. It's still standing, but not for long.


¹ Photographs courtesy of The Lost Pubs Project
Posted by Birkonian at 18:30