I'm preparing a blog which discusses the quality of beer in Wirral with emphasis on Birkenhead. It's a little out of date already because a new real outlet has just opened its doors. That statement is incorrect on two counts. It's always been a pub and always sold real ale. But the change is definitely worth shouting about. 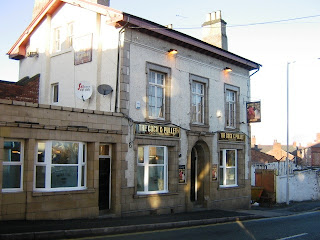 The Cock & Pullet on Woodchurch Road used to be called The Royal. It was a slightly shabby locals' pub that somehow retained a market for John Smith's cask bitter. The 'For Sale' sign appeared in the summer and there were were soon whisperings that it was going to be a dedicated cask beer pub. The rumours were correct because the Cock and Pullet looks destined to be a much needed addition to the local real ale scene. 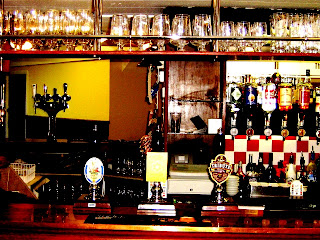 Owner Alan Tuohey tells me that the pub is a true Free House, rare in these parts. There are three handpumps to start with, although he hopes to increase this in future. One pump is intended to dispense Brimstage Trapper's Hat on a semi-permanent basis. That would be note-worthy in itself. Pump two will offer a beer from Liverpool Organic brewery with a rotating guest beer from the third pump. This afternoon St Austell Tribute was on sale, a beer not often seen in Wirral. 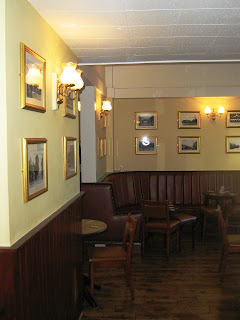 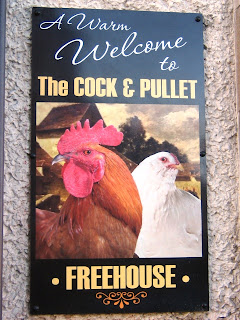 The pub is still a work in progress with re-decoration continuing during closing hours. The refurbishment is tasteful utilising traditional pub colours of dark reds and browns.  At first glance the situation doesn't seem that inspiring, on a main round surrounded by run down terraced housing. However, bohemian Oxton Village is less than a quarter of a mile away so the market is there. Birkenhead desperately needs this pub to succeed.
Posted by Birkonian at 18:13