Less of a blog today more of a photo gallery. Gale’s of Horndean marketed their wonderful Prize Old Ale in ultra traditional shouldered bottles with the brewery name embossed on the reverse. The effect was very pleasing on the eye. During the 80s and 90s they extended the concept to on a number of commemorative brews which sported a variety of attractive labels. 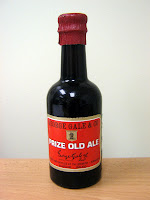 I’ve displayed here the classic POA bottle form the mid 70s. There was no indication of strength on  the label. The O.G. was added some time towards the end of that decade. At this time POA was also sold in crown corked nips. 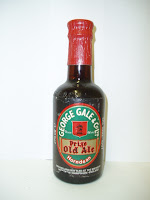 The label was completely re-designed for the 80s. The gravity was indicated on the right hand side. A bit garish for me. Red and green should never be seen? 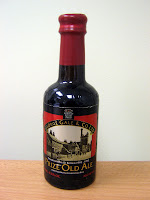 The 90s saw the introduction of a stylish new label with the year of production on the reverse. A photo of the brewery was displayed which, ironically, was still used once Fuller's had closed the brewery. 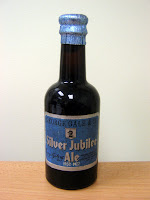 Here I’ve shown a few of the commemorative bottlings for your interest. The Silver Jubilee Ale of 1977 is very rare in corked form. It was mostly produced in crown corked nips. The others are an eclectic bunch produced for other royal, national and local anniversaries. It should be noted that these special brews were not re-badged prize Old Ale. 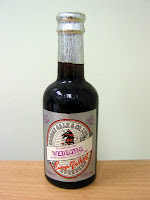 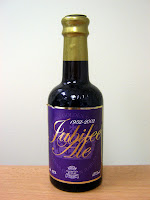 The gravities ranged from a paltry 4.6% for Peter & Julia’s Wedding (who?) from 1989 to a whopping 12% for the Golden Jubilee Ale of 1982. They can sometimes can be picked up on eBay at a cheap price and may be worth a punt, especially the stronger examples which should have matured nicely. 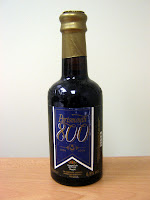 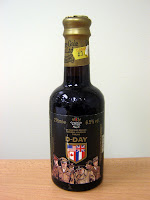 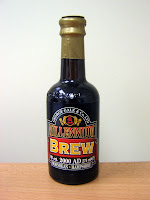 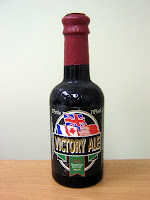 To view a full list of these and other commemorative brews up to 1999 see the excellent Association of Bottled Beer Collectors (ABBC) reference at Bottled beer list
Posted by Birkonian at 19:38