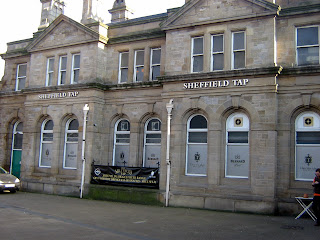 For any beer lover arriving in Sheffield by train their first and probably last (only?) port of call will be the Sheffield Tap. Adjoining platform 1 - no access from the platform at the moment - It has fast become a 'must do' bar to rank with any found elsewhere in the country. 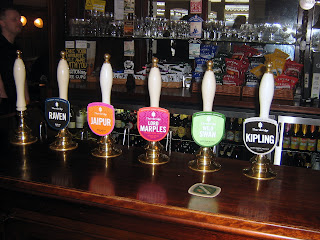 The cask beers are impressive. The core range of 5/6 Thornbridge ales are supplemented by 4 guest beers usually from the same brewery. Brewdog were featured during my visit. I tried the new recipe Punk IPA which I must admit was excellent. 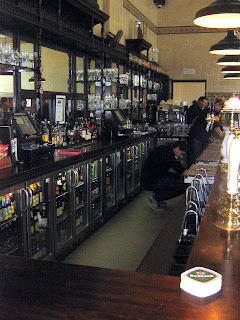 However, there is more to this bar than cask beers. There are some interesting keg beers and I risked eternal damnation from the CAMRA gods by sampling the Odell IPA. Very impressive, the expected hoppiness nicely balanced by some malt.  It was nice to chat to a couple of Thornbridge brewers on a busman's holiday.

The bottled beer range is superb. Over 100 Belgian beers, numerous from the U.S. plus Czech, Italian, Scandinavian and other countries. it would be quite easy to stay here all day and ignore Sheffield's other beery gems. 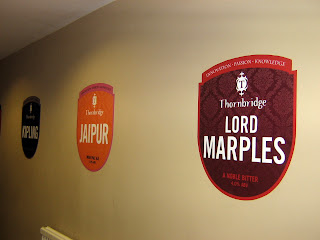 There are now three additional rooms with seating but that is not enough at times as the Tap's reputation spreads far and wide. As a Tranmere Rovers fan the possibility of Sheffield United (no offence), Sheffield Wednesday and Rotherham United all playing in our division next season means that I could have three visits to the Sheffield Tap next season. Not that any excuse is needed. 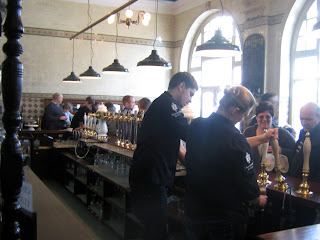